Eager to go back on tour? 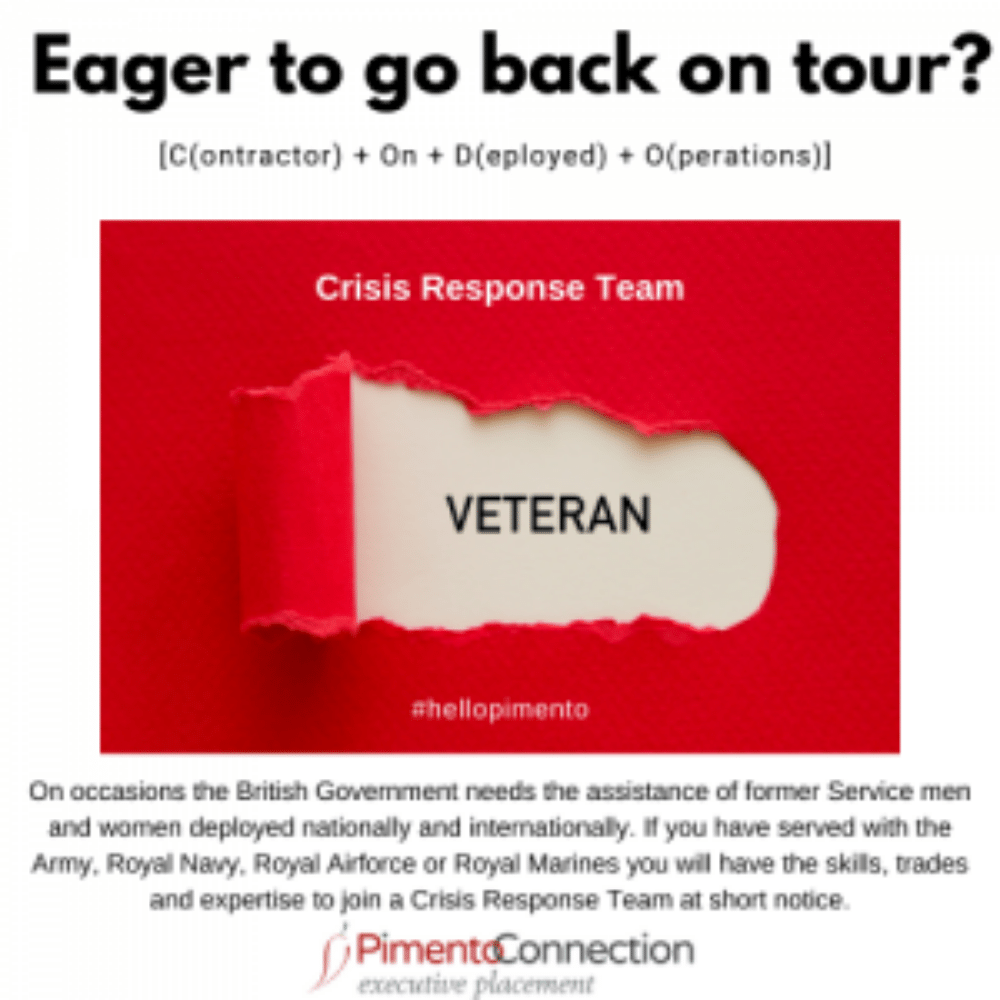 On occasions, the British Government needs the assistance of former Servicemen and women deployed nationally and internationally (CONDO).  If you are prepared to serve as a civilian and work with the Military at short notice –  if you have served with the Army, Royal Navy, Royal Airforce or Royal Marines you will have the skills, trades and expertise to join a Crisis Response Team at short notice.

If you have not served with the British Armed Forces but HAVE served with another national military OR hold civilian qualifications that would be of great use in Crisis Management we would be pleased to hear from you. Tell us about your security clearance, the languages you speak, the trades you can offer and your ability to be deployed at short notice.

Click on the link here, complete the questionnaire and we will be in touch.

Page load link
By continuing to browse this site, you agree to our use of cookies.